← Get Out of My Village
New Years Resolution Thoughts??? How About Saving? →

For Christ’s Sake Your First Amendment is Still Intact 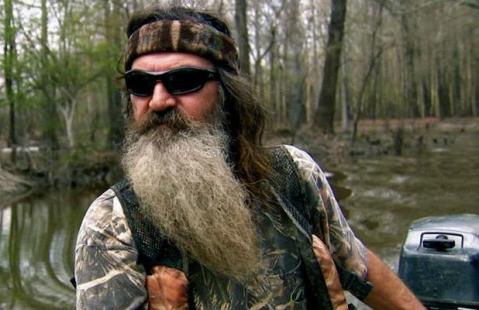 People are up in arms about the recent suspension of Duck Dynasty’s Phil Robertson from the show.  Everywhere you look people are defending his comments, posting that A&E should be ashamed for taking that stand as he has every right to say what he wants according to the first amendment.  I do not disagree with freedom of speech.  He can say whatever the hell he wants to say at any given time and I don’t give a shit.  I have the same right.  However if I come to my place of employment and start ranting off about a particular group of people or saying discriminatory things publicly you can bet your bottom dollar that will NOT be tolerated and I WILL be fired.  How is what A&E any different?  I can say whatever the hell I want to say as a constitutionally protected right.  Is my employer going to stand by that?  Is that who they will want to represent the company I work for?  I guess not.  A&E has their own right not to employ someone if they publicly make opinionated comments about a select group of people.

Phil Robertson was not arrested.  He was not hauled off or has charges brought against him.  No right of his is being denied.  The only thing that happened was he lost his paycheck.  The same thing would have happened to many Americans from their place of employment.  As a celebrity you still have the right to speak your mind, in fact on a much larger platform, but at the same time that doesn’t mean there will not be repercussions for what you say.  For anyone’s argument to say that his freedom of speech was revoked you are WRONG.  No legal charges were brought against him, therefore, no right was denied.  In fact now that he is suspended from A&E he is more then welcome to continue his ignorant rant and continue his version of what he believes Jesus would have wanted.

On a side note while his opinions are his and for him to say whenever he chooses, I don’t believe that as a gay person I should be lumped in and compared to terrorists, prostitutes, drunks, etc.  I am a fully functioning, responsible, law abiding, and patriotic citizen.  My beautiful relationship with the woman I love  has no bearing on the judgmental people who claim they do not judge and love everyone yet in the same sentence will then tell me about what I do is wrong or unnatural.  The next logical step from homosexuality is NOT beastiality and alienating a huge portion of the country doesn’t exactly make for the loving behavior Jesus preached about.  And let’s also note that if Phil had made similar comments about African Americans or Jews there would be a public outcry for his head…. a la Paula Dean.  It is just plain wrong not to have the same sense of indignation when the comments are directed at gays.

← Get Out of My Village
New Years Resolution Thoughts??? How About Saving? →

A blog about Linux, Openmoko, R/C, electronics and more

My Life In Blog

The Story Of A Guy With Too Much Time On His Hands.

A Global Network Of Passionate Volunteers Using 3D Printing To Give The World A "Helping Hand."

The Wonderings of a Wurzel Woman
Shutterspeed

BrakeThrough Media on the road, off the cuff.

"I Said I Don't Know."--and Other Answers to Hard Questions

My thoughts and adventures